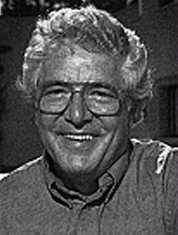 Allan Grapard is one of the most influential scholars of Japanese religious history. He has been one of the leading promoters in the West of new approaches to Japanese religions and intellectual history developed in Japan by Kuroda Toshio (1926-1991) and others, which revolutionized the way in which we now look at religious phenomena especially in medieval Japan. Grapard has also always been very attentive to critical theory and methodological issues, and is one of the leaders of the “critical turn” in Japanese religious studies. Grapard’s research on Japanese religious history has followed three main lines of enquiry: Shinto-Buddhist interactions, sacred geography (with his longstanding interest in mountain religion, Shugendō), and a variety of Japanese cultic practices—especially, the relations between ideas, institutions, and practices, in a variety of formats. Grapard was also one the first scholars in recent generations to highlight the crucial importance of policies in the Meiji period that essentially terminated premodern religious beliefs and practices and contributed to a radical transformation of the religious field, with consequences still felt today.