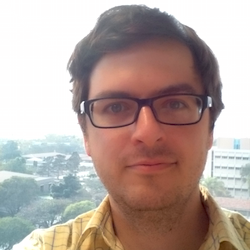 I am centering my studies about early modern and modern Japan with a main focus on annual event culture. Within this culture, I am especially addressing the thriving occurrence of Sumo as part of regional festivals, and its roots as an amusement (goraku) for both, commoners (shimin) as well as military nobility. During the decades and centuries of Tokugawa feudal rule, Sumo changed its appearance to what, eventually, came to be called the Japanese national sport (kokugi). My research will scrutinize historical records that concern the relationship between center (the three big cities of the time) and periphery (provincial towns, temples etc.), travelling culture and social networks of the wrestlers, and finally techniques and ruling within the tournaments. This procedure is crucial in order to ascertain how the structure of professionalizing Sumo supported the emergence of one national performance culture, in institutional and stylistic ways.