The symposium on native food ways emphasized the connection between indigenous Americans and their traditional staples, matters that are of crucial importance to indigenous peoples and ethnic minorities in Asia, one of lewallen’s fields of expertise, as well. Author of the forthcoming book The Fabric of Ainu Indigeneity: Contemporary Identity and Gender in Colonial Japan (School for Advanced Research Press), lewallen addresses indigenous movements with respect to food, the environment, and survival in her teaching. For instance, in EACS 141/292EJ: Environmental Justice in Asia, scheduled for Spring 2015. 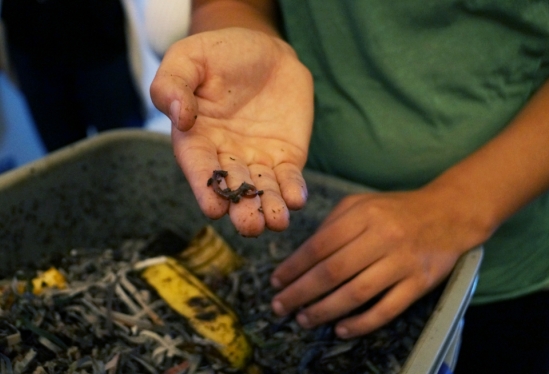 (Santa Barbara, Calif.) — For people who have been connected to the land it comes from for thousands of years, food is more than just a collection of calories and nutrients. For Native Americans, traditional staples can define their identity and represent their relationship to the earth, wind and sky. This point, so often lost in an age when processed foods and foods traveling long distances are commonplace, was driven home in a symposium on native food ways, biocolonialism and environmentalism. The conference at UC Santa Barbara was the first of its kind, and brought together scholars and students who approached the topic of food and indigenous culture from different perspectives. The symposium was sponsored by the American Indian & Indigenous Collective (AIIC) Research Focus Group at UCSB.