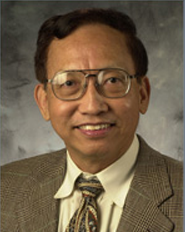 Kuo-ch’ing Tu was born in Taichung, Taiwan, and graduated from National Taiwan University in 1963 with a major in English Literature. He received his M.A. in Japanese literature from Kwansei Gakuin University in 1970 and his Ph.D. in Chinese Literature from Stanford in 1974. His research interests include Chinese literature, Chinese poetics and literary theories,Taiwan Literature, comparative literature East and West, and worldwide literatures in Chinese. He is the author of numerous books of poetry in Chinese, as well as translator of English, Japanese, and French works into Chinese and of contemporary works of Chinese into English. He is the co-editor of Taiwan Literature: English Translation Series, published by the Forum for the Study of World Literatures in Chinese at UCSB. Professor Tu has received research grants from NEH, the Chiang Ching Kuo Foundation, the Toyota Foundation, as well as the Award for Lifelong Achievement in Translation from the Council for Cultural Affairs, Republic of China.

He also is the Lai Ho and Wu Cho-liu Endowed Chair in Taiwan Studies at UCSB. Visit the center’s site at http://taiwancenter.eastasian.ucsb.edu/.