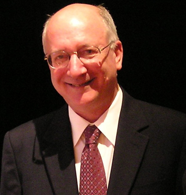 Professor Egan earned his Ph.D. at Harvard University in 1976 and first came to UCSB in 1987, having previously taught at Wellesley and Harvard. He was promoted to full Professor in 1993 and retired from UCSB in 2012, following his appointment as Confucius Institute Professor of Sinology at Stanford University. Over the course of his career, Professor Egan has established himself as one of the foremost scholars working on Song dynasty (960-1279) Chinese literature in the world. His writings on Chinese poetics, literary culture, and aesthetics have been extremely influential not only throughout the American academy, but also in Europe and China. Some of his major publications include The Literary Works of Ou-yang Hsiu (1984), Word, Image, and Deed in the Life of Su Shi (1994), Limited Views: Essays on Ideas and Letters by Qian Zhongshu (1998), The Problem of Beauty: Aesthetic Thought and Pursuits in Northern Song Dynasty China (2006), The Burden of Female Talent: The Poet Li Qingzhao and Her History in China (2014), and The Works of Li Qingzhao (2019). His Stanford profile can be found at: https://profiles.stanford.edu/ronald-egan