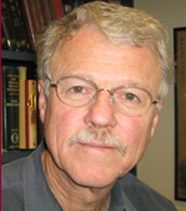 Powell was an active member of two departments, Religious Studies and East Asian Languages & Cultures. He is trained in the philological methods of Buddhist studies, which was the basis for his translation and study of the prominent ninth century Chan (Zen) monk, Dong shan. He has also researched the relationship between Chinese Buddhism, pilgrimage and sacred space, particularly mountains. This work places emphasis on modes of spatial perception rooted in religious understandings, and the role of those modes of perception in economic, social, and ecological systems. Powell has been involved in digital simulations of sacred geography and topography, both as a means of scholarly analysis and as a pedagogic device for teaching about the complex notions that emerge from such analyses. His publications include “The Silk Road,” in The Oxford Companion to Archeology (London: Oxford University Press, 1996) and “Sacred Mountains in Chinese Buddhism” in The Ten Directions (Los Angeles: The Koroda Institute, 1990).