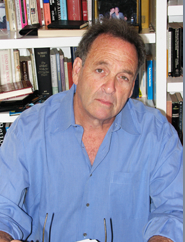 John Nathan specializes in twentieth century Japanese literature, comparative studies in the novel, Japan, Europe, and America, Japanese cinema, and the theory and practice of translation. His published works include a critical biography of novelist Yukio Mishima, a study of personal relationships in the Sony Corporation, a study of the changing social landscape in postwar Japan, and a memoir. He is also an Emmy award-winning documentary film maker. His translations of Kenzaburo Oe are widely credited with having helped Oe win the Nobel Prize. Before coming to UCSB, he was professor of Japanese literature at Princeton University. He has been a Junior Fellow in the Harvard Society of Fellows, and a Guggenheim Fellow.