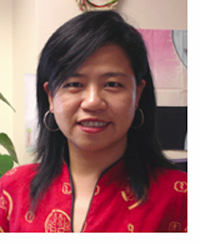 Shu-Chuan (Bella) Chen graduated from National Taiwan Normal University majoring in Teaching Chinese as a Foreign/ Second Language.  Before coming to UCSB, she taught Chinese at Brigham Young University in Provo, Utah and Mandarin Training Center in Taipei, as well as tutored business professionals in Chinese for their specialized fields. She also contributed to Taipei European School for curriculum development and teacher training. Bella Chen is a specialist of Chinese linguistics and language pedagogy.  She has completed a variety of publications and is currently working on Chinese language projects.