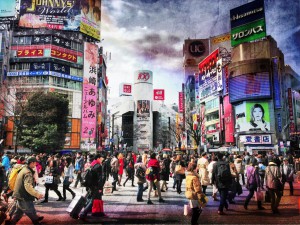 This emphasis encompasses a broad spectrum of regional and transnational film and media as well as performing arts, traditional and modern, and popular culture past and present. We require students to verse themselves in a variety of live performance, dramatic literature, cinematic styles, and other media, examining the shared aesthetic and social frameworks within which works are created, produced, and function. With the foundation supplied by courses in specific performing, film and media works, students will explore in seminars formal and thematic relationships among the various forms. They will also consider the transformations and innovations that have occurred in response to changing audiences and social conditions.

Studies of film and media are aimed at providing students with a solid background in the cinema, media and popular cultures of Japan, China, and Korea as well as in Pan Asian and transnational currents. We explore as the complex intersection of art and commerce that it is. Our approach is also informed by other relevant anthropological, sociological, psychological and political theories and approaches, including post/colonialism, Marxism, post/modernism, and gender studies.

Studies in the performing arts cover the history of dramatic forms in social context in China and Japan. Students will be introduced to major genres in relationship to song, storytelling arts, puppetry, and other expressive forms. We seek to furnish a broad-ranging approach by building skills in both textual analysis and the elements of performance, such as music, staging, acting skills, reception, and criticism. Students will also examine the movement of texts and other artifacts of performance in the marketplace and among groups and individuals who help determine their value and use.