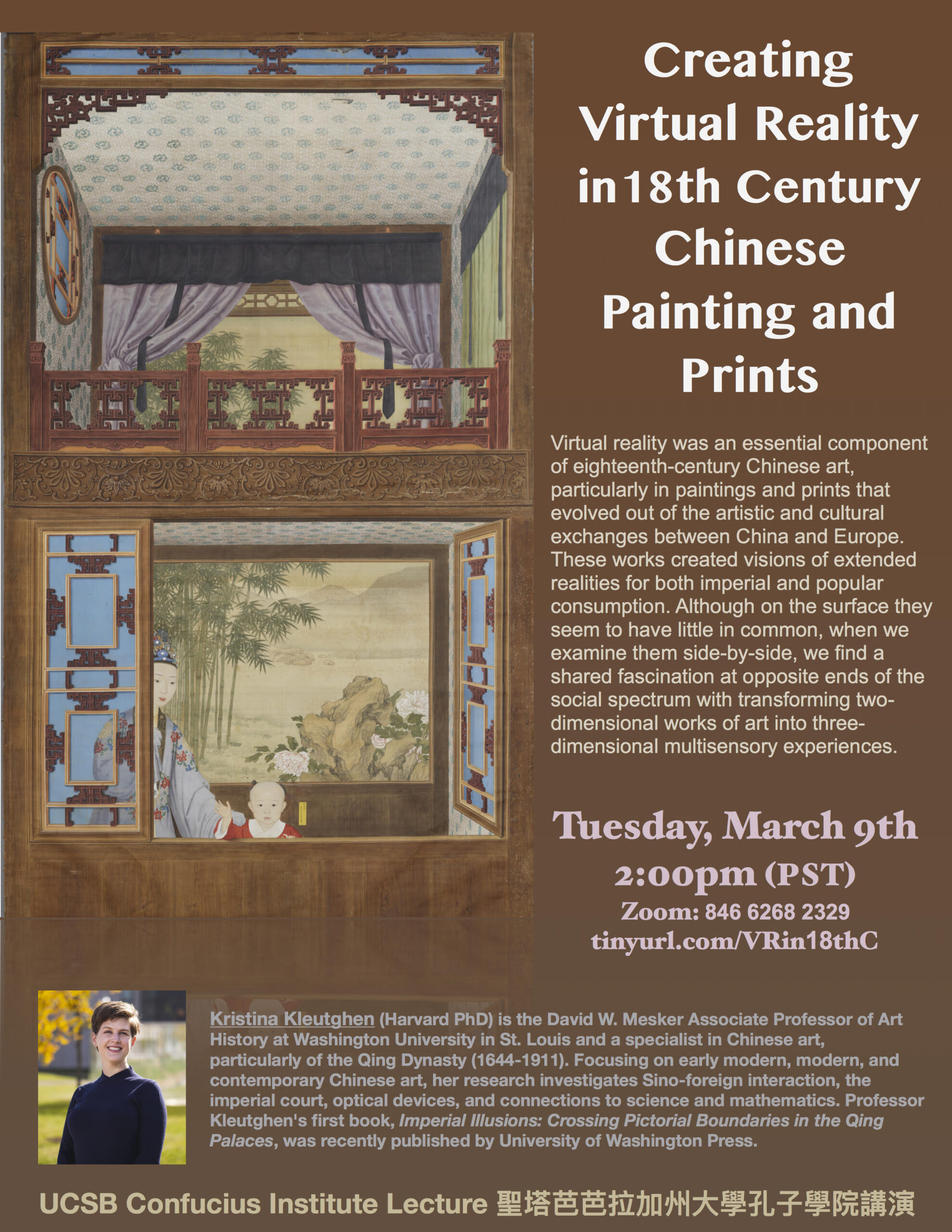 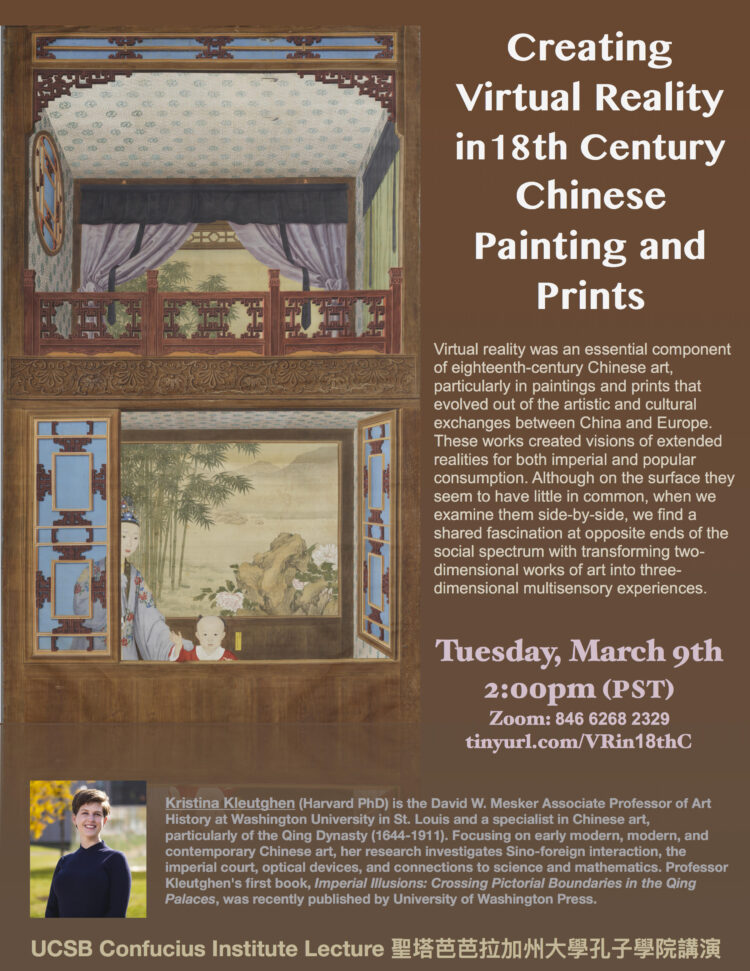 “Creating Virtual Reality in 18th-Century Chinese Painting and Prints”
Tuesday, March 9, 2021    2:00pm (PST)
tinyurl.com/VRin18thC (Zoom: 846 6268 232)
Virtual reality was an essential component of eighteenth-century Chinese art, particularly in paintings and prints that evolved out of the artistic and cultural exchanges between China and Europe. These works created visions of extended realities for both imperial and popular consumption. Although on the surface they seem to have little in common, when we examine them side-by-side, we find a shared fascination at opposite ends of the social spectrum with transforming two-dimensional works of art into three-dimensional multisensory experiences.
Kristina Kleutghen (Harvard PhD) is the David W. Mesker Associate Professor of Art History at Washington University in St. Louis and a specialist in Chinese art, particularly of the Qing Dynasty (1644-1911). Focusing on early modern, modern, and contemporary Chinese art, her research investigates Sino-foreign interaction, the imperial court, optical devices, and connections to science and mathematics. Professor Kleutghen’s first book, Imperial Illusions: Crossing Pictorial Boundaries in the Qing Palaces, was recently published by University of Washington Press.